The classic factor investing strategy of picking stocks with cheap book valuation, embraced by the legendary Warren Buffett, has become increasingly irrelevant thanks to central banks and technology, according to AB Bernstein.

The long period of low interest rates is the first to blame for the demise of value investing, Bernstein said. The Federal Reserve started its quantitative easing program to salvage the economy from the 2008 recession. But at the same time, an easier monetary policy lifted valuations across the board, leaving a smaller premium on cheap stocks, hence the long stretch of underperformance of value names.

Take iShares S&P 500 Value ETF, an exchange-traded fund that tracks the undervalued stocks in the S&P 500. It has been consistently lagging the market in the last five years. 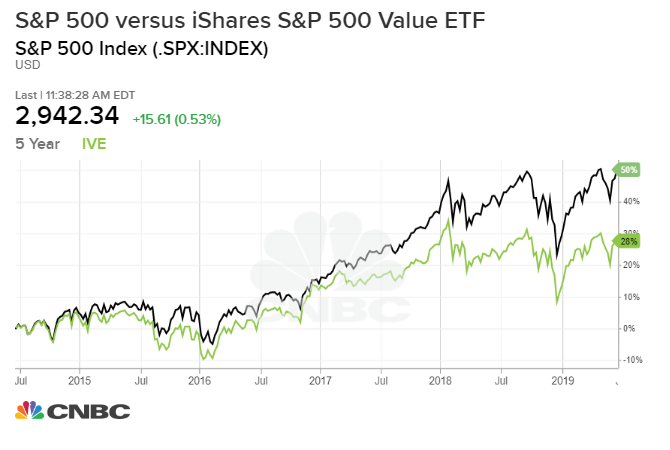 “Duration has been bid up as rates are so low,” Inigo Fraser-Jenkins, Bernstein’s head of European quantitative strategy, said in a note on Wednesday. “Thus, the outperformance of value might require higher interest rates, which could be structurally difficult to achieve in the foreseeable future. In this sense one could say that QE could have stopped the mean-reversion process that usually occurs over the economic cycle.

Did The 2008 Crash Cause People To Become More Confident In Buy-And-Hold Or Less So?