Buybacks have gotten a bad rap from both Republican and Democratic lawmakers this year. But the stock market would be trading at a much lower level without them.

Data compiled by Ned Davis Research shows the S&P 500 would be 19% lower without buybacks. The firm looked at the S&P 500’s performance between the first quarter of 2011 and the first three months of 2019. Then they subtracted the amount of net monthly repurchases to arrive to that conclusion. The broad market is up more than 125% in that time while net buybacks have totaled about $3.5 trillion.

“Without focusing too much on numbers, we can say that the S&P 500 index would probably be lower today if not for buybacks versus other uses of cash,” Ed Clissold, chief U.S. strategist at Ned Davis Research, wrote in a note last month. 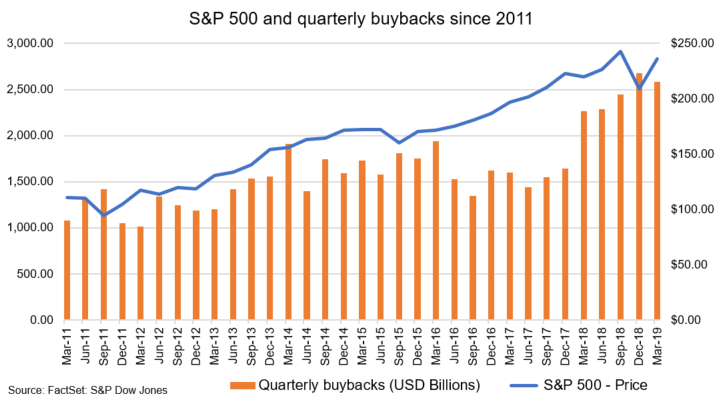 Lawmakers on both sides are bashing buybacks and want to make it harder for companies to repurchase their own stock. They argue that buybacks inflate corporate executives’ pay and share price at the expense of a company’s workers.